This 2003 Toyota Tacoma is our very own shop truck. We decided to add a little custom flare by giving it a two tone paint scheme. the top was painted a purple metallic and the bottom was left the stock color. we also added a billet grille and shaved the antenna. This project turned out nice enough to be featured in a paint tech article in Sport Truck Magazine.

The Tacoma was introduced in the US in February 1995 as a replacement for the Hilux, which prior to this was marketed in the US under the name Toyota Pickup. Compared with the Hilux, the Tacoma is engineered with a greater priority on ride quality, handling, comfort, and safety over ruggedness and payload capacity. The design is intended to better suit the needs of the US and Canadian pickup truck market, where pickup trucks, particularly compact and mid-sized models, are often used as personal vehicles, and less exclusively for commercial, agricultural, and off road use. The name was derived from the city of Tacoma. Design work was done at Calty Design Research in California from 1990 to late 1992, when Kevin Hunter’s final design was chosen and frozen for production in 1993. Patents for the production design were filed in Japan in April 1993 and October 28, 1993 in the United States. 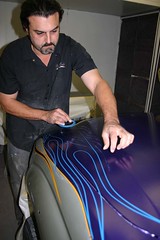 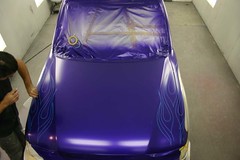 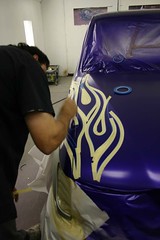 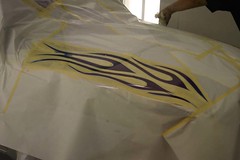 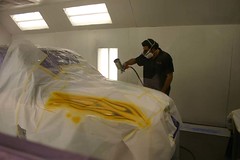 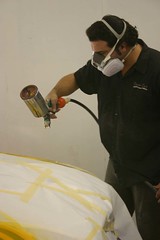 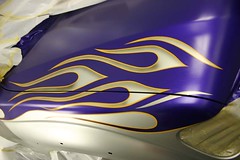 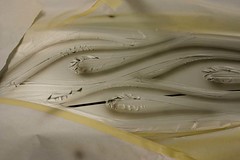 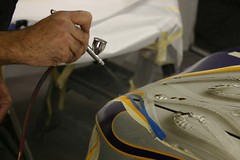 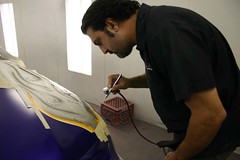 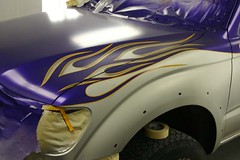 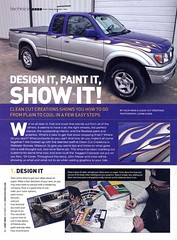