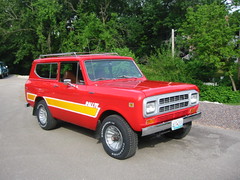 This 1980 International Scout came in for a light restoration. Including rust repair and a fresh set of vinyl graphics. Having a car restored doesn’t always have to mean stripping a car down to bare meta or completely dissembling the entire car down to a shell, we help a number of collectors maintain their collections. Some cars are only in need of a freshening up like this one.

International Harvester began building trucks and pickups and later in 1907. In 1953 it added a truck-based people carrier, the Travelall. In the late 1950s it began to design a competitor for the two-door Jeep CJ 4×4. The 1961 model year Scout 80 made its debut in late 1960.

Its chief designer Ted Ornas later reflected:…the market potential for a 4 wheel drive recreational vehicle was an unknown quantity in the early 1950s. The only such vehicle offered in the post-war period was the Willys Jeep, a version of the military jeep produced for World War II. It was a flat-sided bare-bones product, and American military personnel learned to appreciate its ability to maneuver over rough terrain. Sales volume was very low. In early 1958 we were directed to develop a concept proposal to enter this small market of that time. So help me, Mr. Reese, manager of engineering, said ‘design something to replace the horse.’ There was no product definition to use as a guide. It was even proposed to use the defunct Henry J body tooling. Compound body surfaces were considered too far out for this type of vehicle. The military jeep was thought to have the correct appearance. Our design sketches with the flat-side, no contour look never excited the executive committee. The program began to die. One night while sitting at our kitchen table (full of frustration and desperation), I dashed off this rough sketch on a piece of scrap mat board. It had contoured sides and was designed for plastic tooling. The next morning it was shown to a committee member. He reviewed it with controlled enthusiasm, but revived interest in the program. We were off and running. Goodyear produced many plastic parts for WWII and had formed a large plastic engineering group. We entered a program with them, a scale model was vacuum formed to simulate body assembly. This model received executive approval for appearance. By July 1959, Goodyear completed their costing and, because of the high costs, the plastic program was cancelled. By this time the contoured design met with executive approval and a decision was made to convert the body design to steel. Starting in late July 1959 a full size clay model was completed, and in November 1959, it was approved. Looking back, it was a remarkable program with fast paced engineering and manufacturing developments. The total development time of 24 months was an heroic achievement considering the concept was unique and no in-house engine or manufacturing was available or even considered when the program started. “The first Scout was introduced in 1960. A concept for its replacement was initiated in 1964 and approved for production in mid 1965. The Scout II was introduced in 1971. The basic sheet metal remained the unchanged until production stopped on October 21, 1980. During the 20 year period (1960–1980) 532,674 Scouts were produced. The Scout, introduced as a commercial utility pickup in 1960, set the stage for future 4-wheel drive recreational vehicles of the ’70s, ’80s, and ’90s. 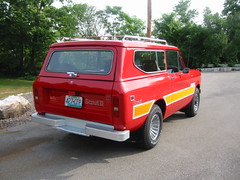 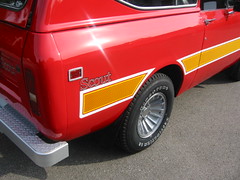 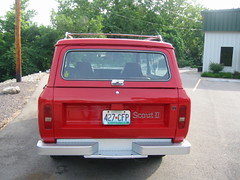 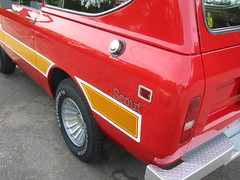 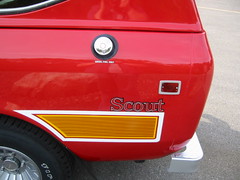 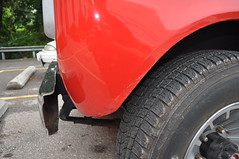 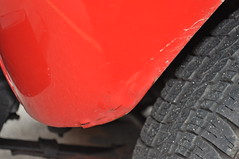 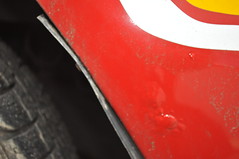 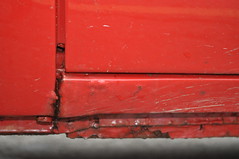 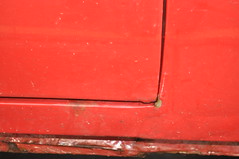 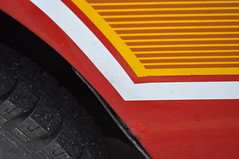 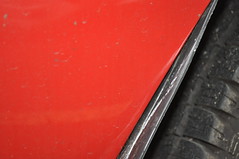 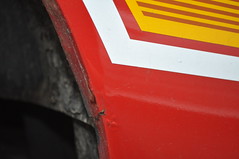 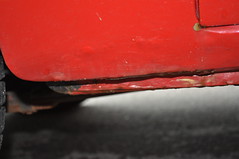 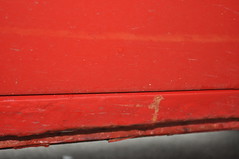 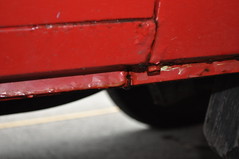