This 1967 Chevelle SS 396 4 Speed came to us for a full frame off restoration. We replaced the trunk floors and bracing. the front floor pans were replaced. Both quarters the roof, tail pannel, both rockers and Tulip pannel were replaced with Dynacorn replacement sheet metal. The remainder of the car was completed and assembled by the owner.

The Chevelle SS396 became a series of its own in 1966 with series/style numbers 13817 and 13867. SS396 sport coupes and convertibles used the same Malibu sport coupe and convertible bodies with reinforced frames and revised front suspension: higher-rate springs, recalibrated shocks, and thicker front stabilizer bar, but with different exterior trim. They also had simulated hood scoops, red-stripe tires, and bright trim moldings. The performance engines available included three, 396 CID V8s – the standard, rated at 325 hp (242 kW), an optional 360 hp (270 kW), and an optional 375 hp (280 kW), respectively (the mid-horsepower 396 was rated at 360 hp (270 kW) for 1966 only and 350 hp (260 kW) thereafter). The SS396 series lasted from 1966 through 1968 before being relegated to an option package in 1969. The 1966 and 1967 model years were the only two years of the ‘strut back’ 2-door sport coupe with its own style number, 17. In Canada, sporty Chevelles continued to wear “Malibu SS” badges for the 1966 and early 1967 model years. These Chevelles were available with the same equipment as non-SS Malibu models in the U.S., and did not get the domed hood or the blackout front and rear treatment. Redline tires were not available on Canadian Chevelles in 1966. A 1966 Malibu SS factory photo shows wheel covers on the car from the 1965 Impala. The Canadian Malibu SS got its “SS” name from the “Sports Option” package under RPO A51 and was primarily a trim option. This A51 option came with bucket seats, a center console (except when the three-speed manual transmission was ordered), standard full wheel covers, and the ribbed rocker panel moldings. The “Malibu SS” emblems were carried over from the 1965 Malibu SS series. This Canadian option could be ordered with any six-cylinder or V8 engine available at the time. Starting in January 1967, the Chevelle SS396 took over and became its own 138xx series, the same as in the U.S. 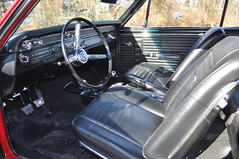 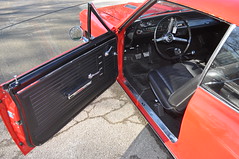 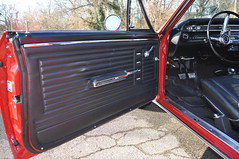 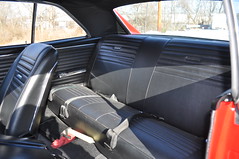 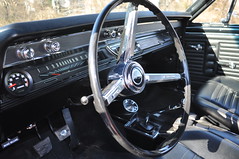 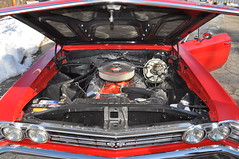 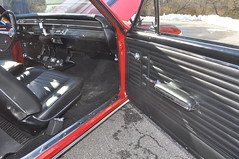 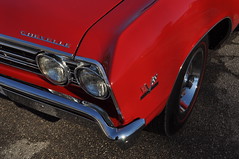 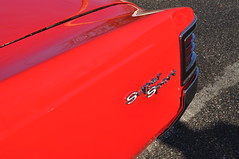 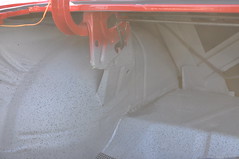 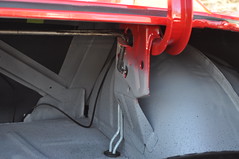 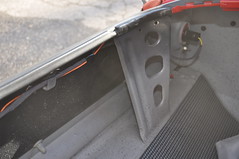 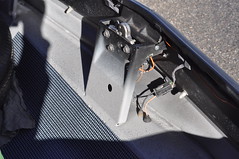 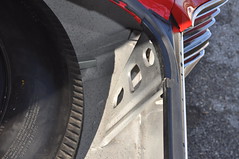 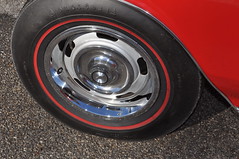 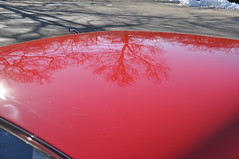 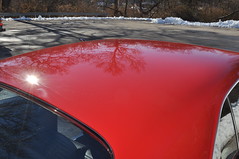