This 1951 Chevy 3100 Pick Up was brought to us by an Illinois based pre-purchase home inspection company. It will be used as a promotional tool by them and used to actually go onsite for home inspections. The customer disassembled the body and brought it to us for repairs and paint. We replaced the cowl side structure as well as the rear cab wall to repair rust. The truck’s original fenders, hood, doors and bedsides were repaired and reused. We installed a new aftermarket front bed wall and tailgate. The colors for this truck were chosen by the customer to represent his company’s logo colors. After the truck was refinished, it went to the customer for final chassis, drivetrain and body assembly.

From 1947 until 1955, Chevrolet trucks were number one in sales in the United States.While GMC used this front end, and to a slightly lesser extent the cab, on all of its trucks except for the Cab Overs, there are three main sizes of this truck: the half-, three-quarter-, and full ton capacities in short and long wheelbase.

1947 – Gasoline tank filler neck on passenger side of bed. No vent windows in doors. Hood side emblems read “Chevrolet” with “Thriftmaster” or “Loadmaster” under it. Serial numbers: EP ½ ton, ER ¾ ton, & ES 1 ton. 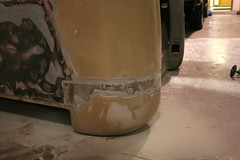 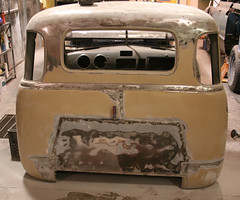 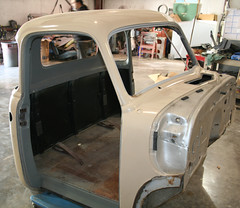 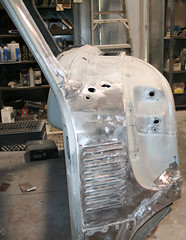 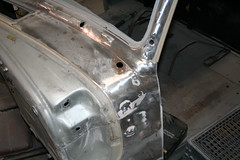 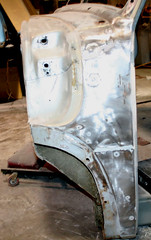 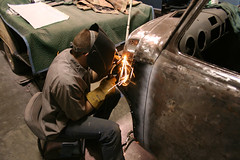 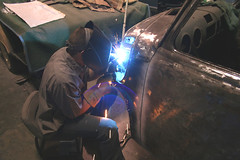 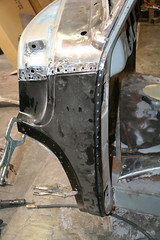 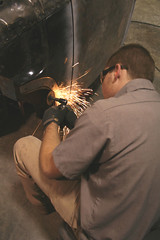 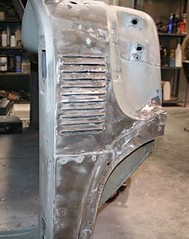 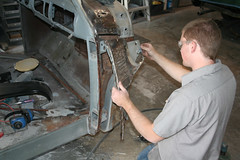 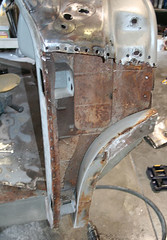 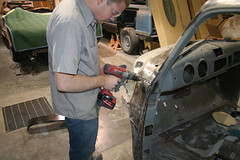 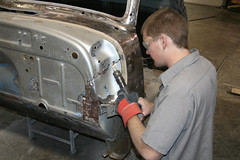 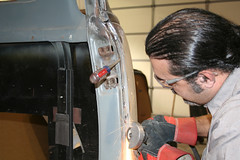 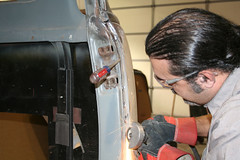 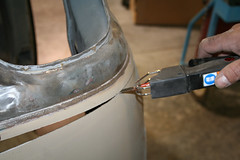