This new 2013 Challenger was brought in for some custom stripes, retro script embalms & custom painted brake calipers to match the stripes. The owner picked out Dodge Viper Snake Skin Green for the stripe color & brake calipers. This one is sure to grab a lot of attention.

Although our primary focus is on classic and vintage automobiles we certainly can and do work on any and all of the late model specialty cars. We have customized quite a few of the 5th Gen Chevy Camaros, the new Mustangs and Challengers. We’re no strangers to custom paint and body work. Take a look at our late model projects gallery to see more. No project is too big or too small for us to handle.

On December 3, 2007, Chrysler started taking deposits for the third-generation Dodge Challenger which debuted on February 6, 2008, simultaneously at the Chicago Auto Show and Philadelphia International Auto Show. Listing at US$40,095, the new version was a 2-door coupe which shared common design elements with the first generation Challenger, despite being significantly longer and taller. As with Chevrolet’s new Camaro, the Challenger concept car’s pillarless hardtop body was replaced with a fixed “B” pillar, hidden behind the side glass to give an illusion of the hardtop. The LC chassis is a modified (shortened wheelbase) version of the LX platform that underpins the Dodge Charger (LX), Dodge Magnum, and the Chrysler 300. The LX was developed in America from the previous Chrysler LH platform, which had been designed to allow it to be easily upgraded to rear and all-wheel drive. Many Mercedes components were incorporated, including the Mercedes-Benz W220 S-class control arm front suspension, the Mercedes-Benz W211 E-Class 5-link rear suspension, the W5A580 5-speed automatic, the rear differential, and the ESP system. All (7119) 2008 models were SRT8s and equipped with the 6.1 L (370 cu in) Hemi and a 5-speed AutoStick automatic transmission. The entire 2008 U.S. run of 6,400 cars were pre-sold (many of which for above MSRP), and production commenced on May 8, 2008; 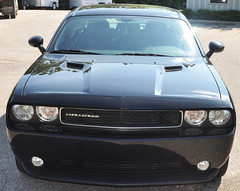 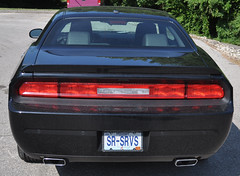 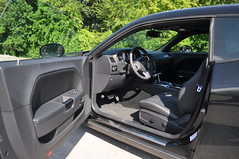 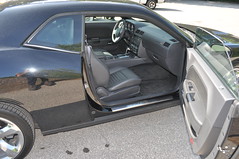 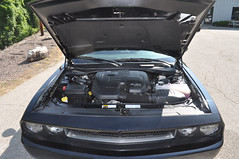 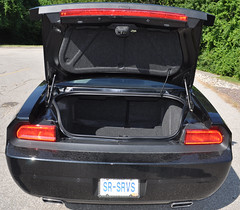 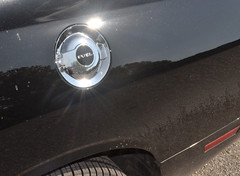 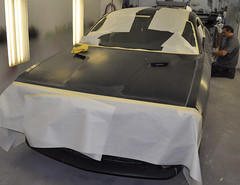 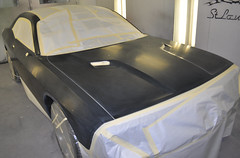 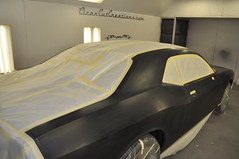 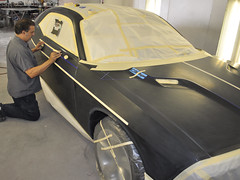 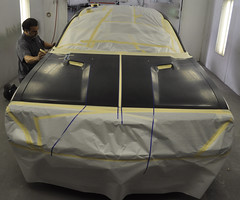 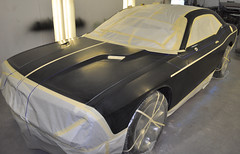 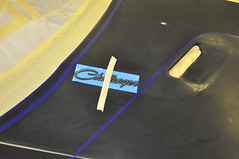 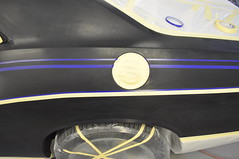 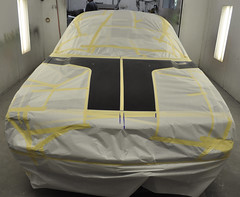 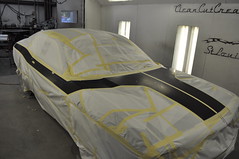