This 2012 Ford Flex came to us needing rear suicide doors to make it handicap accessible.  We completely disassembled the interior to begin the work. New hinge pockets were made in the door jamb and door. The door and quarter were also reinforced to handle the new hinge point. The door handles and latches were swapped side for side and moved to the front of the doors. We did this for two reasons, the first being functionality and the second aesthetics . With the door handles moved to the fornt of the doors, you get the classic look assoicated with the factory style rear suicide doors. Alot of effort also went into making the drivers side rear door power open and close. This door operates with a seperate key fob and can also be operated with a button on the dash and has an emergency release cable installed. This project turned out to be exactly what the customer wanted, a factory built look.

The Ford Flex is a full-size crossover utility vehicle (CUV) manufactured by the Ford Motor Company. Its styling is based on the Ford Fairlane concept unveiled at the 2005 North American International Auto Show in Detroit, MI. The production vehicle made its debut at the 2007 New York International Auto Show. Sales of the Flex began in summer of 2008 as a 2009 model.The Flex is produced on the same assembly line as the Ford Edge and Lincoln MKX mid-size CUVs at the Oakville Assembly plant in Oakville, Ontario, where the first Flex was driven off the line at the beginning of June 2008. The Flex replaced the Ford Freestar minivan and was the first CUV to feature both minivan and SUV properties, though it isn’t a proper minivan. In addition, the Flex also replaced the similar Ford Taurus X, the station wagon variant of the Ford Taurus that was discontinued. The Flex is sold only in the United States, in Canada and in the Middle East. The Ford Flex shares a platform with the 2011–present Ford Explorer and the Lincoln MKT. The Flex, Explorer, and MKT all have a seating capacity for seven people. 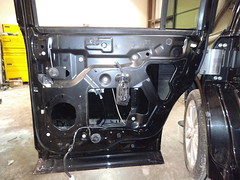 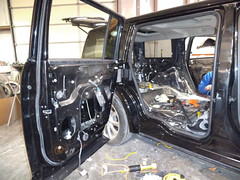 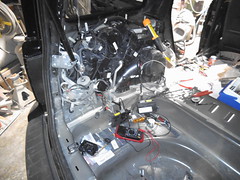 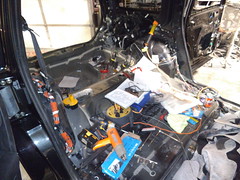 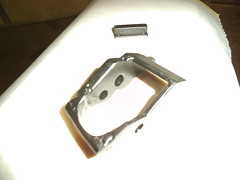 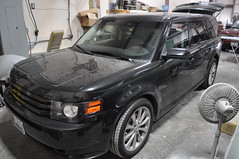 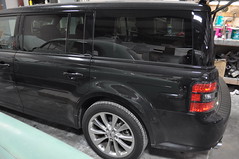 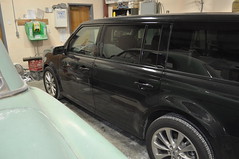 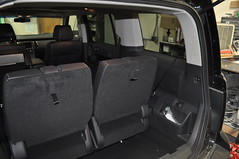 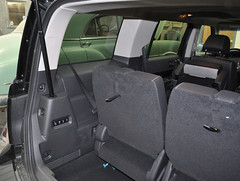 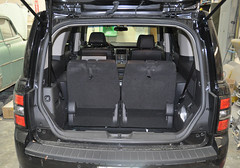 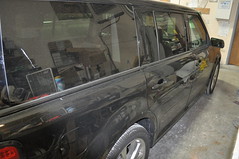 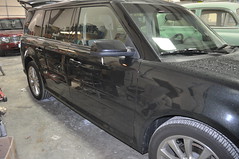 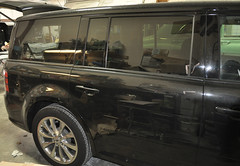 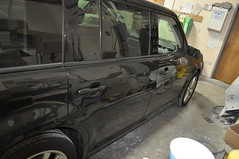 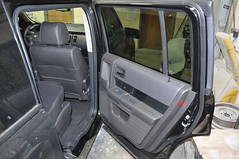 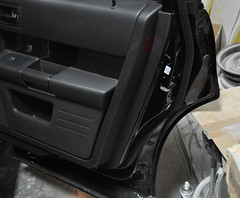 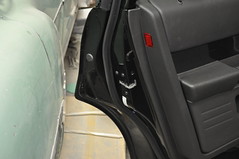 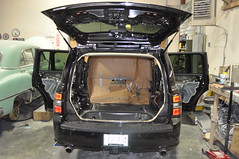 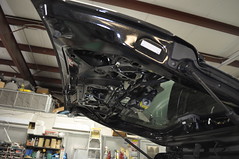 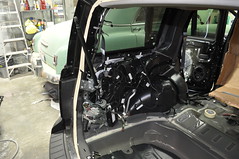 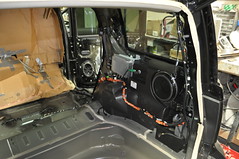 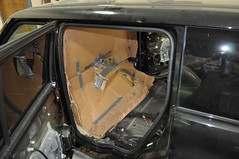 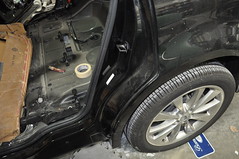