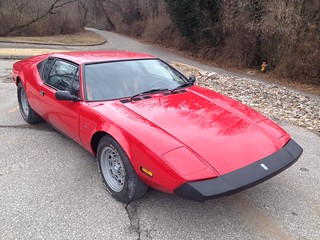 This 1971 Ford Pantera came in for a little freshing up. Overall the car wasn’t in too bad a shape it had a few dents and dings, cracking paint and the passengers side head light needed some repair.

The Pantera (Italian for “Panther”) was a mid-engined sports car produced by the De Tomaso car company of Italy from 1971 to 1991, the last one being delivered to a customer in 1992. It was the automaker’s most popular model, with over 7,000 units produced during its 20-year run.

The car was designed by American designer Tom Tjaarda and replaced the De Tomaso Mangusta. Unlike the Mangusta, which employed a steel backbone chassis, the Pantera was a steel monocoque design, the first instance of De Tomaso using this construction technique. The Pantera logo included a version of Argentina’s flag turned on its side with a T-shaped symbol that was the brand used by De Tomaso’s Argentinian cattle ranching ancestors.

The car made its public debut in Modena in March 1970 and was presented at the 1970 New York Motor Show a few weeks later. Approximately a year later the first production Panteras were sold, and production was increased to three per day.

The curious slat-backed seats which had attracted comment at the New York Show were replaced by more conventional body-hugging sports-car seats in the production cars: leg-room was generous but the pedals were off-set and headroom was insufficient for drivers above approximately 6 ft. (ca. 183 cm) tall. Reflecting its makers’ transatlantic ambitions, the Pantera came with an abundance of standard features which appeared exotic in Europe, such as electric windows, air conditioning and even “doors that buzz when … open”. By the time the Pantera reached production, the interior was in most respects well sorted, although resting an arm on the central console could lead to inadvertently activating the poorly located cigarette lighter.

The first 1971 Panteras were powered by a Ford 351 cu in (5.8 L) V8 engine that produced a severely underrated 330 hp (246 kW; 335 PS). Stock dynos over the years proved that power was more along the lines of about 380 hp (283 kW; 385 PS). The high torque provided by the Ford engine reduced the need for excessive gear changing at low speeds: this made the car much less demanding to drive in urban conditions than many of the locally built competitor products. 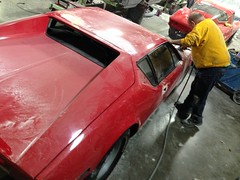 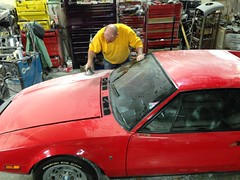 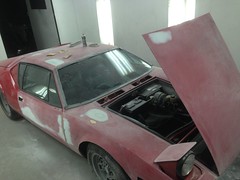 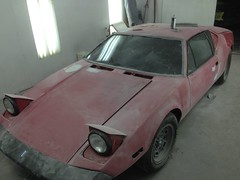 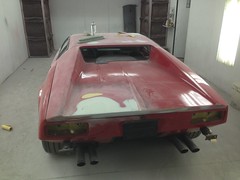 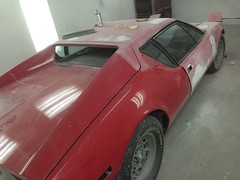 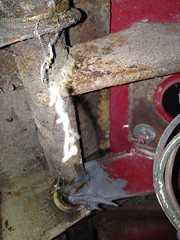 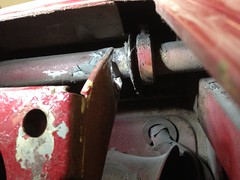 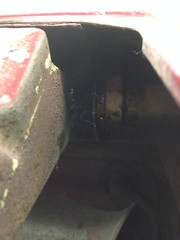 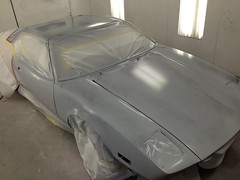 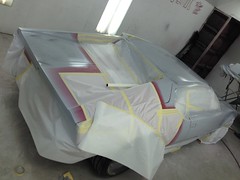 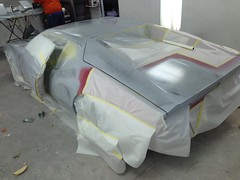 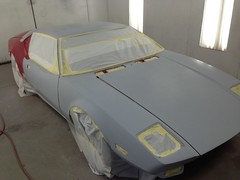 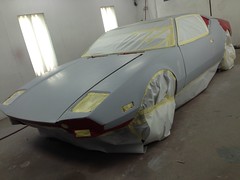 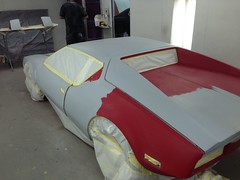 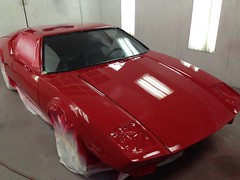 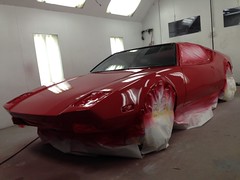 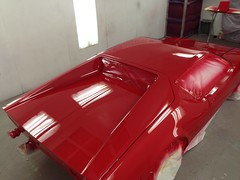