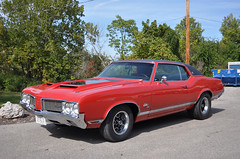 We performed  a cosmetic restoration  on this original paint survivor 1970 Oldsmobile Cutlass SX. It got caught in a huge hail storm. The owner wanted us to install a fiberglass 442 style Glasstech hood with stripes buried under the clear. Be sure to also check out our install of a Legendary seat upholstery set made using NOS cloth inserts! This car turned out Awesome!!

For 1970, the Cutlass Supreme nameplate was switched to Oldsmobile‘s equivalent of the downsized Pontiac Grand Prix on the A-body, to give the division an entry in the burgeoning market for smaller personal luxury cars. As such, the two-door hardtop had a new notchback roofline, while lower trim-line Cutlass coupes had a fastback style roof. The model remained in this role for virtually all of its production life. Unlike the Grand Prix and the also-related Chevrolet Monte Carlo, which had wholly separate bodies and names from their less expensive siblings, the Supreme shared front and rear body parts with the standard Cutlass line and was always marketed as part of it. In addition to the two-door hardtop (Holiday Coupe), the Cutlass Supreme series for 1970 also included a four-door hardtop (Holiday Sedan) and regained the convertible body style. Supreme interiors were more luxurious that those of other Cutlass models, with a choice of a Custom Sport notchback bench seat with armrest in Osborne cloth or Moroccan vinyl or, at no extra cost (on coupes and convertibles only), Strato bucket seats in Moroccan vinyl. Available at extra cost with the bucket seats was a center console with floor-mounted shifter for which the Turbo Hydra-Matic transmission could also be had with the Hurst Dual-Gate shifter commonly found in the division’s musclecar, the Oldsmobile 442. For 1970 and 1971, both the Cutlass Supreme coupe and convertible were available with the Code Y-79 high performance SX option package. The “SX” option included several versions of the larger 455 cubic-inch Rocket V8 borrowed from the Olds 442 along with the cutout rear bumper and exhaust trumpets, 442’s rallye suspension (optional), distinctive SX badges and other features. 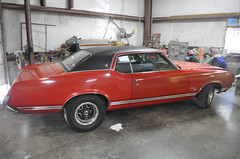 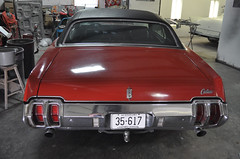 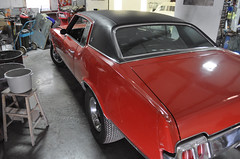 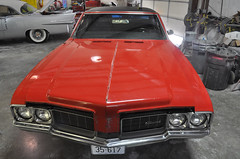 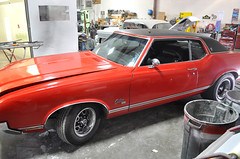 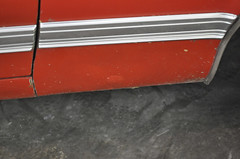 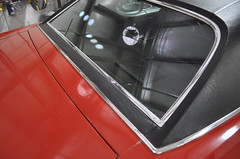 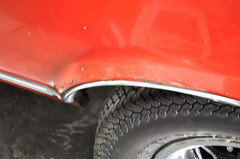 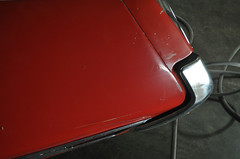 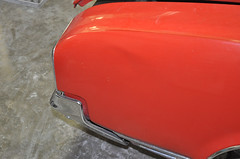 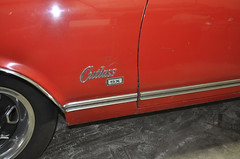 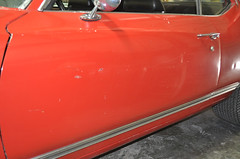 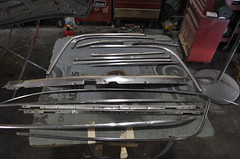 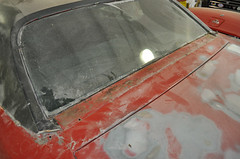 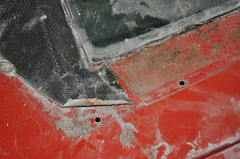 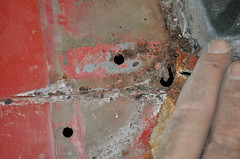 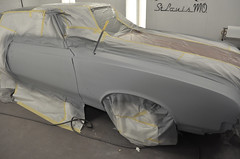 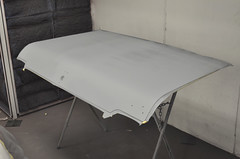 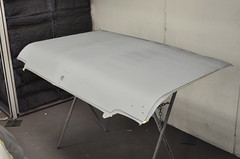 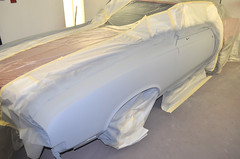 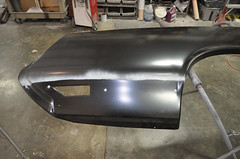 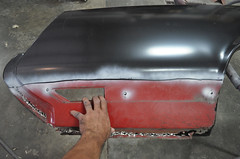 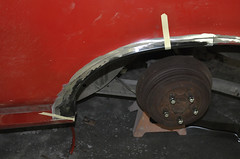 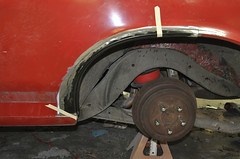