This 1969 Dodge Coronet 500 came in for some rust repair around the trunk and tulip panel. We repaired the rust with replacement sheet metal panel patches, refinished the quarters and doors and replaced the RT stripe. This was a nice car that just needed a little TLC. This is another classic vehicle that we were able to help keep looking great, we take on a lot of repair and maintenance for owners both mechanical and paint and body repairs.

After a brief absence, the Coronet name was attached to the former full-size models in 1965 to become Dodge’s intermediate-sized car. The 1965 models were basically refreshed Dodge Polaras in the same B-body style offered in 1963 and 1964, riding on a 117 wheelbase. For 1965, Dodge sold slightly over 209,000 units, making the Coronet the most popular model sold by Dodge that year. Trim levels initially were base Coronet including a Deluxe version, Coronet 440 and Coronet 500. The base Coronet and Deluxe were available as two-door sedans, four-door sedans and station wagons. For 1965 only, Dodge also sold only 101 units of a modified wheelbase version of the base Coronet two-door sedan and 440 hardtop used for NHRA drag racing. The model known as A990 came with a racing version of the 426 Hemi engine. The car A990 was stripped of all features and included base bucket seats from Dodge’s truck-van line of vehicles. The altered wheelbase eventually became commonly known as Funny Cars because of their stretched front clips. Front seat belts and padded dash were standard. The middle of the Coronet line-up was the 440 and was available as a two-door hardtop, convertible or station wagon. The 440 designation did not indicate engine displacement as commonly assumed. The nomenclature was a carryover theme from the 1963–64 Polara series. The top of the Coronet line-up was the Coronet 500 and was available only as a two-door hardtop or convertible in 1965. Slightly over 33,300 units were sold in 1965 and included as standard, a V8 engine (273 cubic inches), exterior trim and badging, bucket seats, padded dash and chrome floor console. Coronets were manufactured at Chrysler’s Los Angeles assembly plant and at Lynch Road assembly plant in Detroit. Engines offered for 1965 included the base 225 Slant-Six, 273, 318 (Polyhead), 361 (the last year for this big block engine was 1966), 383 and 426 in multiple HP choices. Sales brochures list the 413 (its last year offered) as available, but no records exist of this engine commonly used in Imperials, being installed in Coronets for 1965.A tachometer was optional. 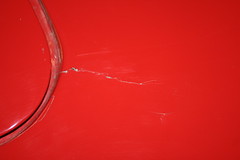 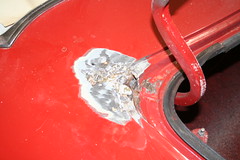 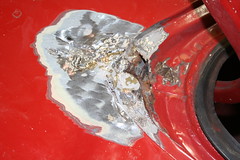 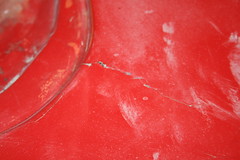 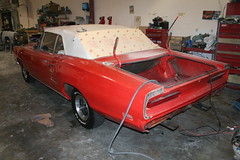 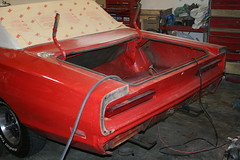 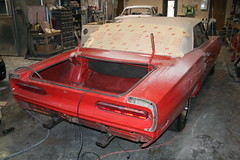 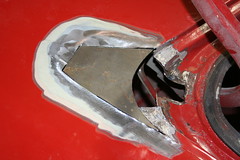 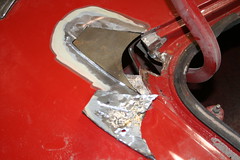 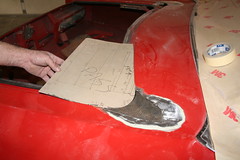 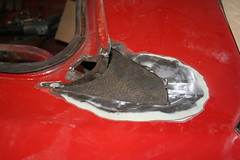 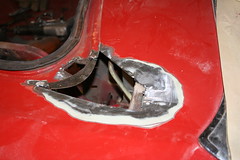 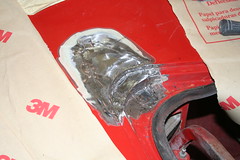 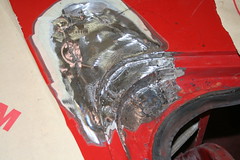 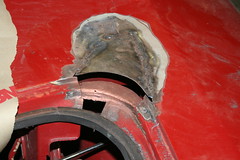 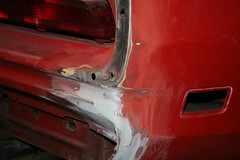 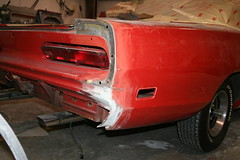 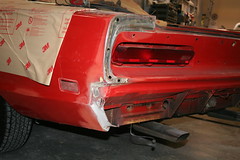 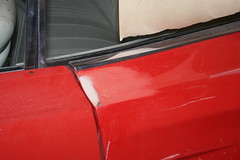 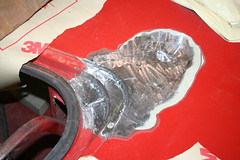 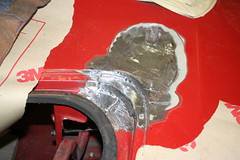 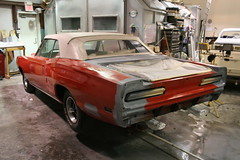 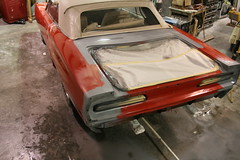 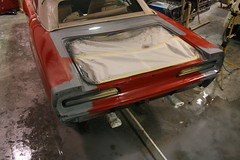