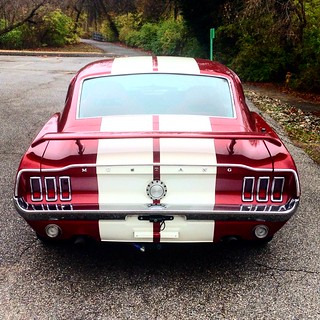 This 1968 Ford Mustang came in for a few updates and changes. The new owner wanted us to widen and change the color of the stripes from a pearl white to Ford Wimbledon white, widen them by a 1/4″ and extend them down to the front and rear. There were also some ghost flames on the front inside of the stripes that he wanted removed. We also added door handles since the originals were shaved off and added the GT 500 stripes to the rockers and lower fenders.

The 1967 model year Mustang was the first redesign of the original model. Ford’s designers began drawing up a larger version even as the original was achieving sales success, and while “Iacocca later complained about the Mustang’s growth, he did oversee the redesign for 1967 .” The major mechanical feature was to allow the installation of a big-block V8 engine. The overall size, interior and cargo space were increased. Exterior trim changes included concave taillights, side scoop (1967 model) and chrome (1968 model) side ornamentation, square rear-view mirrors, and usual yearly wheel and gas cap changes. The high-performance 289 option was placed behind the newer 335 hp (250 kW; 340 PS) 390 cu in (6.4 L) FE engine from the Ford Thunderbird, which was equipped with a four-barrel carburetor. A 390 GT engine, and a 4-speed manual transmission recorded quarter mile times of approximately 13 seconds and trap speeds of over 105 mph (169 km/h)[citation needed]. During the mid-1968 model year, a drag racer for the street could be ordered with the optional 428 cu in (7.0 L) Cobra Jet engine which was officially rated at 335 hp (250 kW; 340 PS) all of these Mustangs were issued R codes on their VIN#’s.

The 1967 Deluxe Interior was revised, discontinuing the embossed running horse motif on the seat backs (the source for the “pony interior” nickname) in favor of a new deluxe interior package, which included special color options, brushed aluminum (from 8/1966 production) or woodgrain dash trim, seat buttons, and special door panels. The hardtop also included upholstered quarter trim panels, a carryover from the 65-66 deluxe interior. The 67 hardtop also had the chrome quarter trim caps, carried over from 65-66, but these were painted to match the interior in 1968 models. The 1967 deluxe interior included stainless steel-trimmed seat back shells, similar to those in the Thunderbird. These were dropped at the end of the 67 model year, and were not included in the woodgrain-trimmed 1968 interior. The deluxe steering wheel, which had been included in the deluxe interior for the 65-66, became optional, and could also be ordered with the standard interior. The 1968 models that were produced from January 1968 were also the first model year to incorporate 3 point lap and shoulder belts (which had previously been optional, in 67-68 models) as opposed to the standard lap belts. The air-conditioning option was fully integrated into the dash, the speakers and stereo were upgraded, and unique center and overhead consoles were options. The fastback model offered the option of a rear fold-down seat, and the convertible was available with folding glass windows. Gone too was the Rally-Pac, since the new instrument cluster had provisions for an optional tachometer and clock. Its size and shape also precluded the installation of the accessory atop the steering column.The convenience group with four warning lights for low fuel, seat belt reminder, parking brake not released, and door ajar were added to the instrument panel, or, if one ordered the optional console and A/C, the lights were mounted on the console. 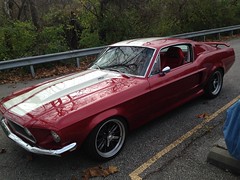 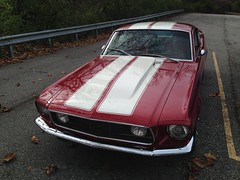 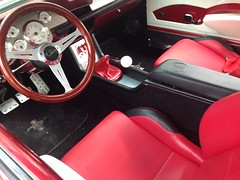 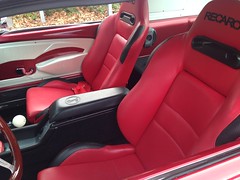 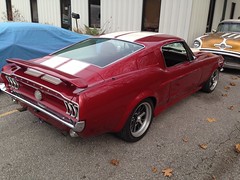 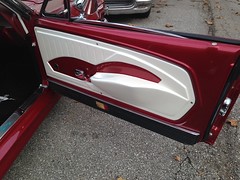 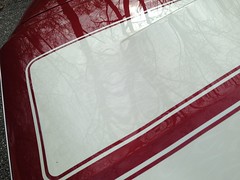 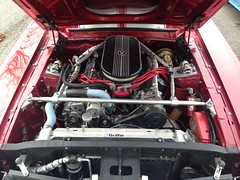 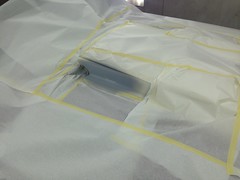 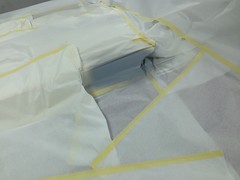 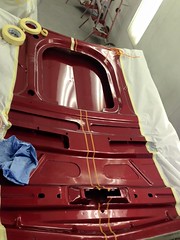 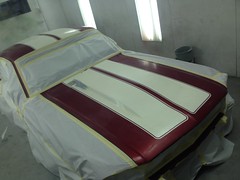 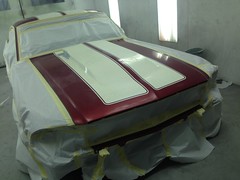 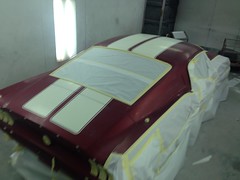 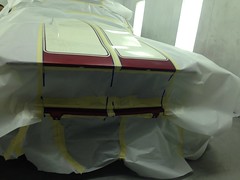 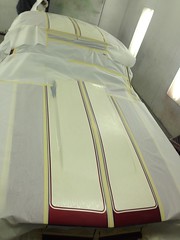 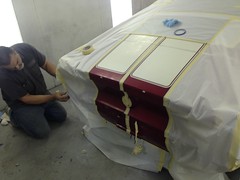 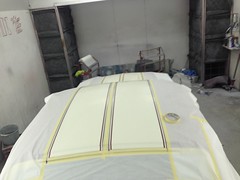 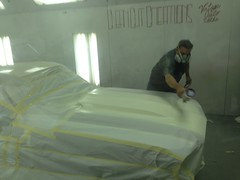 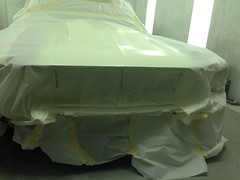