When this 1967 Ford Mustang Convertible came in to the shop is was a nice driver quality car. Little to no rust damage, We’ed be making a nice car better. It was originally green and was painted red at sometime in its life. The red paint was starting to show its age & panel fitment needed some work. We started by disassembling and stripping it down to bare metal to start sheet metal work and panel fitment. We found that the original quarter were replace earlier and needed some adjustment to make them properly fit to the rest of the body. We refinished the it in the original Dark Moss Green Ford Code “Y” . We also paint the interior door panels dash, Installed new customer supplied seats door panels and other interior trim &amp; soft trim. We also fixed a few minor electrical and mechanical issues. The owner chose to not restore the convertible top. Overall the project turned out great.

“1964½” Mustang convertible Serial #1, sold to a pilot in Newfoundland who was given the one millionth Mustang in exchange for his historic car
Main article: Ford Mustang (first generation)
Lee Iacocca’s assistant general manager and chief engineer, Donald N. Frey was the head engineer for the T-5 project—supervising the overall development of the car in a record 18 months while Iacocca himself championed the project as Ford Division general manager. The T-5 prototype was a two-seat, mid-mounted engine roadster. This vehicle employed the German Ford Taunus V4 engine.

It was claimed that the decision to abandon the two-seat design was in part due to the increase in sales the Thunderbird had seen when enlarged from a two-seater to a 2+2 in 1958.[citation needed] Thus, a four-seat car with full space for the front bucket seats, as originally planned, and a rear bench seat with significantly less space than was common at the time, were standard. A “Fastback 2+2”, first manufactured on August 17, 1964, enclosed the trunk space under a sweeping exterior line similar to the second series Corvette Sting Ray and European sports cars such as the Jaguar E-Type coupe.

1967 hardtop
Price and sales
To achieve an advertised list price of US$2,368, the Mustang was based heavily on familiar yet simple components, many of which were already in production for other Ford models. Many (if not most) of the interior, chassis, suspension, and drivetrain components were derived from those used on Ford’s Falcon and Fairlane. This use of common components also shortened the learning curve for assembly and repair workers, while at the same time allowing dealers to pick up the Mustang without also having to invest in additional spare parts inventory to support the new car line. Original sales forecasts projected less than 100,000 units for the first year.[26] This mark was surpassed in three months from roll out. Another 318,000 would be sold during the model year (a record),[3] and in its first eighteen months, more than one million Mustangs were built. 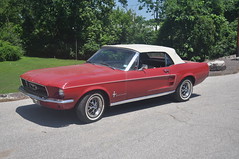 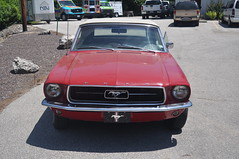 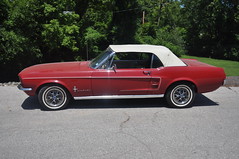 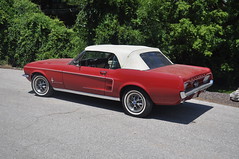 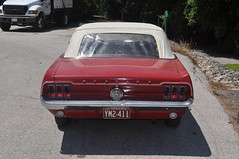 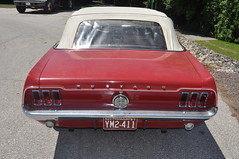 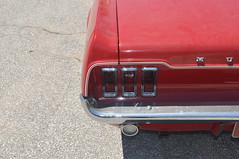 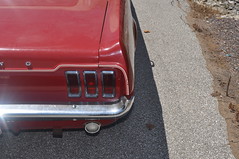 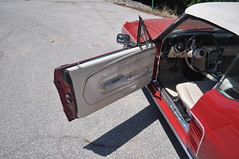 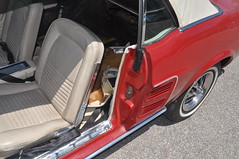 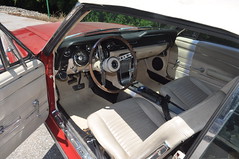 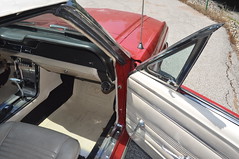 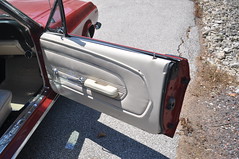 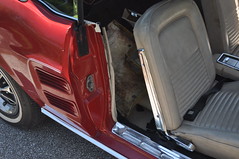 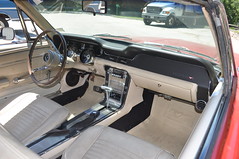 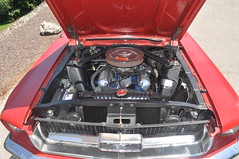 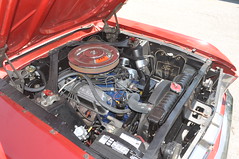 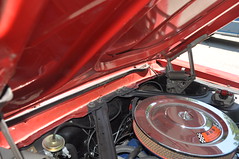 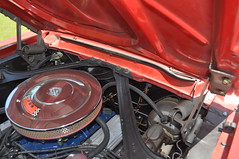 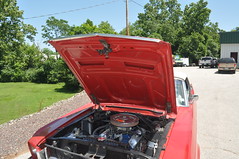