This 1967 Chevy Truck came in for some light rust repairs to the cab and fenders.  There was bubbling along the top at the cab in the drip rail that extended down to the doors and body line, there was some bubbling in the bottom corner of the drivers door and cab corners and on the bottom of the drivers fender. The repairs were made and the adjacent panels were blended, we mix all of our paint in house and color match is no problem. the repairs look great.

A new, more modern look came in 1967, along with a new nickname: “Action Line”. It was with this revision of the C/K truck that General Motors began to add comfort and convenience items to a vehicle line that had previously been for work purposes alone. Updated styling features for the 1967 Chevy Pickup trucks came with new body sheet metal that helps fight rust and a pickup box made of double-walled steel. The majority of 10 and 20 series Chevrolet trucks from 1967 to 1972 were built with a coil spring trailing arm rear suspension, which greatly improved the ride over traditional leaf springs. However, the leaf spring rear suspension was still available on those trucks, and standard on 30 series trucks. The front suspension on all Chevrolet trucks were independent front suspension with coil springs. GMC models came standard with leaf springs with coils springs optional; all four-wheel drive models (Chevrolet and GMC) had leaf springs on both axles. 1967 was the only year for the “small rear window” (RPO A10 offered a large rear window as a factory option[3]). The standard drivetrain came with a three-speed manual transmission and one of two engines; the 250 in3 straight six or the 283 cu in (4.6 L) V8. The optional transmissions were the four-speed manual, the Powerglide and the Turbo-Hydramatic 350 and 400. The 292 six and the 327 in3 V8 were the optional engines. The 1/2 ton trucks came with a 6 x 5.5–inch bolt pattern, the 3/4 and 1 ton trucks came with an 8 x 6.5–inch bolt pattern. 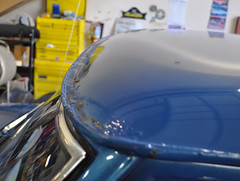 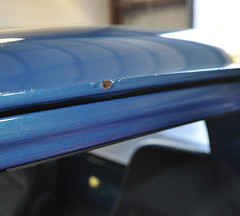 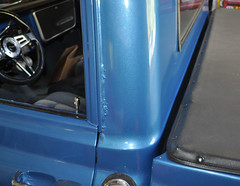 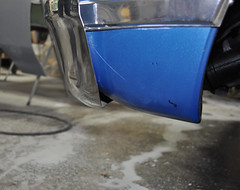 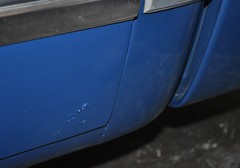 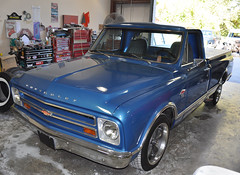 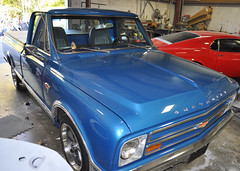 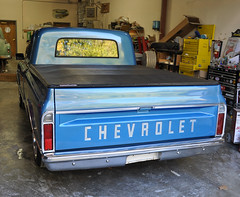 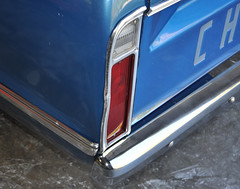 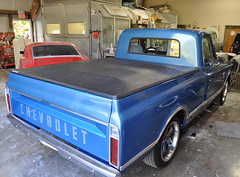 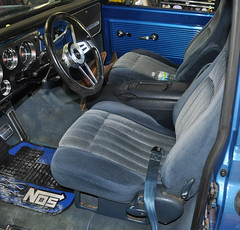 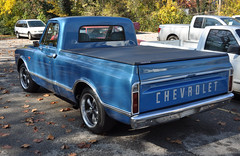 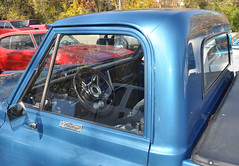 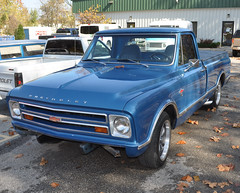 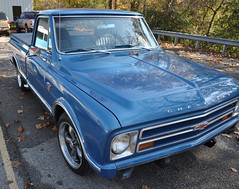 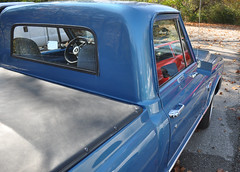