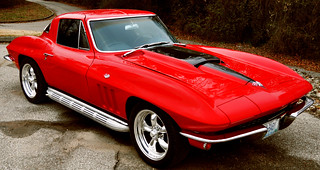 This 1966 Corvette Sting Ray came in for a full exterior restoration. We stripped the car down to the bare fiberglass straightened the body and aligned and fitted the doors to better fit the car. the bumpers and other trim were sent out and rehomed and polished. The owner had us install a replacement 1967 style hood with the stinger stripe. The Vette turned out great and the owner was really happy.

For the 1966 Corvette, the big-block V-8 came in two forms: 390 bhp on 10.25:1 compression, and 425 bhp via 11:1 compression, larger intake valves, a bigger Holley four-barrel carburetor on an aluminum manifold, mechanical lifters, and four- instead of two-hole main bearing caps. Though it had no more horsepower than the previous high-compression 396, the 427 in³ (7 L), 430 hp (321 kW V8 packed a lot more torque – 460 pound/feet vs. 415. Of course, engine outputs were sometimes deliberately understated in the Sixties. Here, 420 and 450 bhp would be closer to the truth. Of course, all power ratings in the sixties were also done in SAE Gross Horsepower, which is measured based on an engine without accessories or air filter or restrictive stock exhaust manifold, invariably giving a significantly higher rating than the engine actually produces when installed in the automobile. SAE Net Horsepower is measured with all accessories, air filters and factory exhaust system in place; this is the standard that all US automobile engines have been rated at since 1972. With big-block V-8s being the order of the day, there was less demand for the 327, so small-block offerings were cut from five to two for 1966, and only the basic 300- and 350-bhp versions were retained. Both required premium fuel on compression ratios well over 10.0:1, and they didn’t have the rocket-like thrust of the 427s, but their performance was impressive all the same. As before, both could be teamed with the Powerglide automatic, the standard three-speed manual, or either four-speed option.

The 1966 model’s frontal appearance was mildly altered with an eggcrate grille insert to replace the previous horizontal bars, and the coupe lost its roof-mounted extractor vents, which had proven inefficient. Corvettes also received an emblem in the corner of the hood for 1966. Head rests were a new option, one of the rarest options was the Red/Red Automatic option with power windows and air conditioning from factory which records show production numbered only 7 convertibles and 33 coupes. This relative lack of change reflected plans to bring out an all-new Corvette for 1967. It certainly did not reflect a fall-off in the car’s popularity, however. In fact, 1966 would prove another record-busting year, with volume rising to 27,720 units, up some 4200 over 1965’s sales. 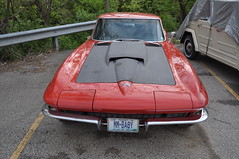 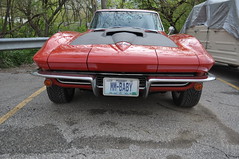 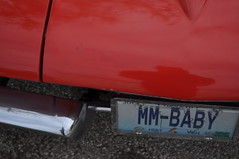 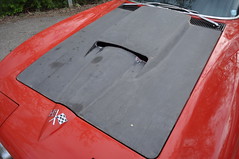 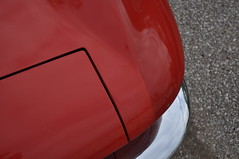 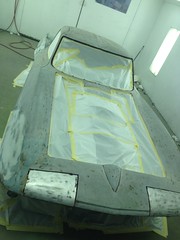 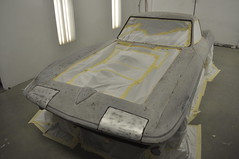 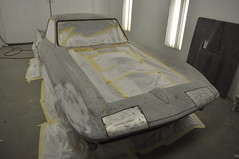 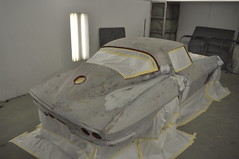 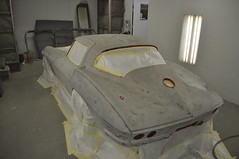 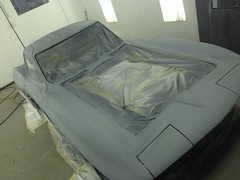 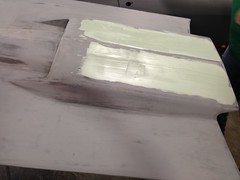 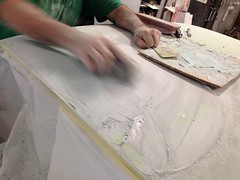 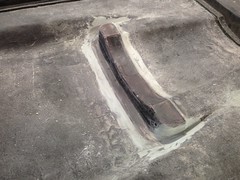 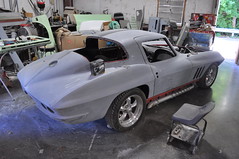 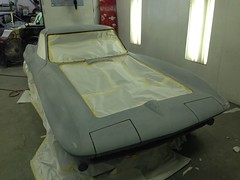 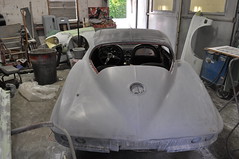 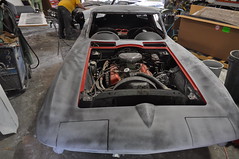