This 1966 Chevelle SS 396 Convertible was brought in to have some minor dents and dings repaired along with a full recolor of the entire car.  This Chevelle was in nice shape and only needed a few repairs.

The Chevelle SS396 became a series of its own in 1966 with series/style numbers 13817 and 13867. SS396 sport coupes and convertibles used the same Malibu sport coupe and convertible bodies with reinforced frames and revised front suspension: higher-rate springs, recalibrated shocks, and thicker front stabilizer bar, but with different exterior trim. They also had simulated hood scoops, red-stripe tires, and bright trim moldings. The performance engines available included three, 396 CID V8s – the standard, rated at 325 hp (242 kW), an optional 360 hp (270 kW), and an optional 375 hp (280 kW), respectively (the mid-horsepower 396 was rated at 360 hp (270 kW) for 1966 only and 350 hp (260 kW) thereafter). The SS396 series lasted from 1966 through 1968 before being relegated to an option package in 1969. The 1966 and 1967 model years were the only two years of

The Chevrolet Chevelle was a mid-sized automobile produced by the Chevrolet division of General Motors in three generations for the 1964 through 1977 model years. Part of the GM A-Body platform, the Chevelle was one of Chevrolet’s most successful nameplates. Body styles include coupes, sedans, convertibles and station wagons. Super Sport versions were produced through the 1973 model year, and Lagunas from 1973 through 1976. After a three-year absence, the El Camino was reintroduced as part of the new Chevelle lineup. The Chevelle also provided the platform for the Monte Carlo introduced in 1970. The Malibu, the top of the line model through 1972, replaced the Chevelle nameplate for the redesigned, downsized 1978 models.the ‘strut back’ 2-door sport coupe with its own style number, 17. 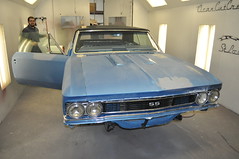 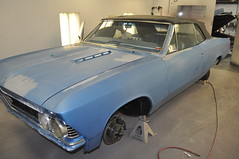 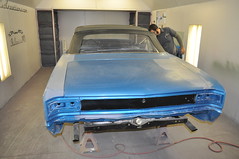 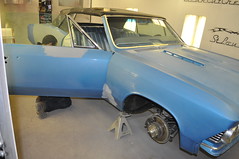 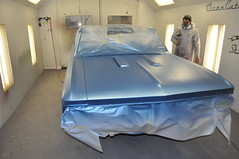 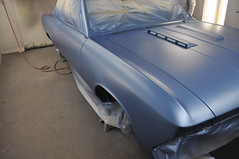 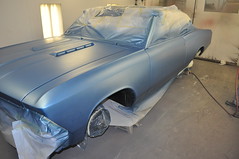 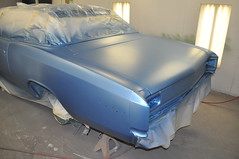 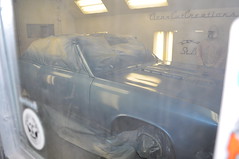 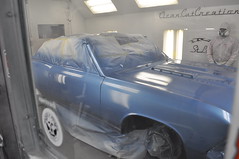 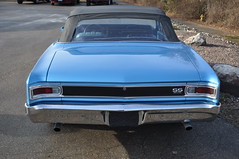 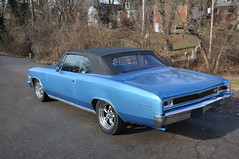 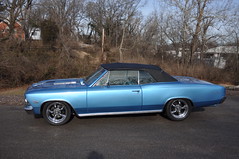 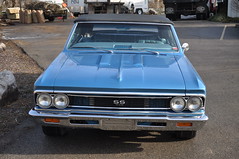 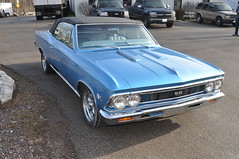 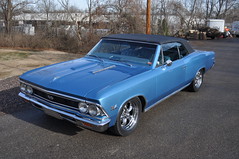