The owner of this 1964 Rolls Royce Silver Cloud III didn’t like the gold and black two tone that was on the car and brought it to us to have the bottom of the car changed to match the top, making the car a solid black. The car looks great not that black is hard to match, we polished the top of the car and you would never tell it used to be two different colors.

The Rolls-Royce Silver Cloud is an automobile which was produced by Rolls-Royce Limited from April 1955 to March 1966. It was the core model of the Rolls-Royce range during that period. The Silver Cloud replaced the Silver Dawn and was, in turn, replaced by the Silver Shadow. The J. P. Blatchley design was a major change from the pre-war models and the highly derivative Silver Dawn. As part of a range rationalisation the Bentley S1 is very similar, apart from its radiator grille.The chassis was a simple steel box section, welded together and very rigid. Construction retained the traditional split between chassis and body, which facilitated the provision of special bodied versions though in practice the overwhelming majority of cars were delivered with the standard steel body shell, produced by Pressed Steel, and employing light weight aluminium based alloy for the doors, bonnet/hood and boot/trunk lid.The car was 5.38 m (212 in) long, 1.90 m (75 in) wide, and massed 1.95 tonnes. The engine was a 155 hp / 4000 rpm 4.9 L six-cylinder unit with inlet over exhaust valves: twin SU carburetors were added in September 1957.Standard transmission was a four-speed automatic. The turning circle was 41 feet 8 inches (12.70 m).Brakes were hydraulic and assisted by the Rolls-Royce mechanical servo with 11 in (279 mm) drums and suspension was independent coils at the front and semi-elliptic springs at the rear. Twin brake master cylinders were incorporated from April 1956. Power steering became an option in 1956 along with air conditioning. 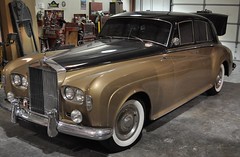 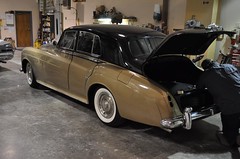 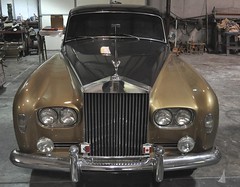 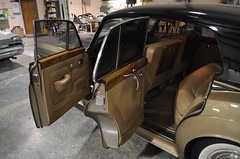 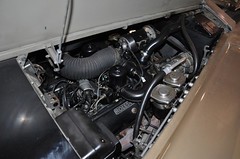 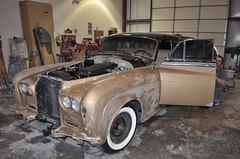 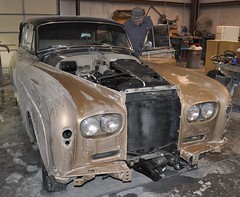 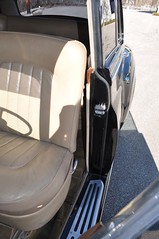 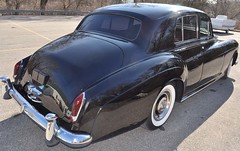 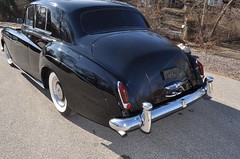 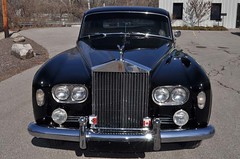 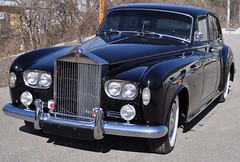 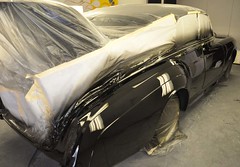 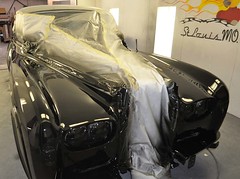 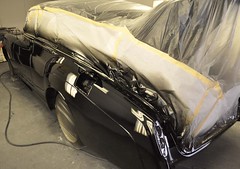 This 1964 Rolls Royce Silver Cloud III got the bottom color changed to black to match the top.