This 1958 Impala Factory 348 Tri Power car was restored  a number of  years ago and was starting to show its age. there were a number of pint issues cracking, checking bubbling over most of the car. Since the owner asked us to only repair certain panels, we needed to blend and match the color. You can see in the pics the number of spray out card it took to get a color that we could blend. The color on the car did not match any of the formulas for Cashmere Blue that the owner believed the car to be. Sometimes this is from age, sun fade and weather conditions. We make all of our colors in house and are able to match just about anything this helps to insure that any repairs will not be noticed.

The Impala was introduced in 1958 and positioned as top of the line Bel Air coupes and convertibles. From the windshield pillar rearward, the 1958 Chevrolet Bel Air Impala differed structurally from typical Chevrolets. Hardtops had a slightly shorter greenhouse and longer rear deck, giving the impression of an extended body.It was a change from the 1955–1957 shape that was itself a substantial move away from the conservative Chevrolets of past years, longer, lower, and wider than its predecessors. The sharp tailfins of the 1957 gave way to deeply sculptured rear fenders. Three taillights each side would become an Impala hallmark whereas lesser models had two and wagons just one. Special crossed-flag insignias sat above the side moldings plus bright rocker moldings and dummy rear-fender scoops. 1958 was the first year of dual headlamps.

Underneath this new body was a new chassis. The standard perimeter-type frame was abandoned, replaced by a unit with rails laid out in the form of an elongated “X.” Chevrolet claimed that the new frame offered increased torsional rigidity and allowed for a lower, yet still roomy passenger compartment. In this design, a transitional step between traditional construction and the later fully unitized body/chassis, the body structure was beefed up in a number of areas (most notably the rocker panels and firewall) to create a solid package.However, this frame was not as effective in protecting the interior structure in a side impact crash, as a traditional perimeter frame.

With a six-cylinder engine, a Chevrolet Bel Air Impala started at $2,586, while $2,693 bought a V8. In all, 55,989 convertibles and 125,480 Sport Coupes were built, 15 percent of production. Interiors held a two-spoke steering wheel and color-keyed door panels with brushed aluminum trim. No other series included a convertible. Impala signaled Chevrolet’s entry into the mid-price field, even if the design was less radical than planned. In addition to style and vigorous performance, ads marketed its “quick, eager-to-please handling that lets you know you’re the boss.” 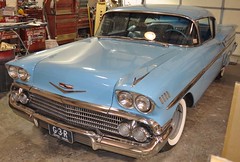 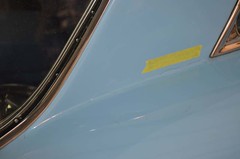 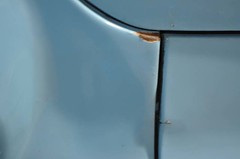 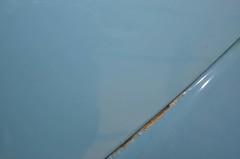 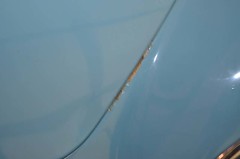 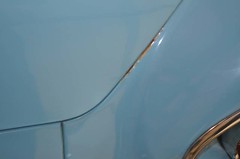 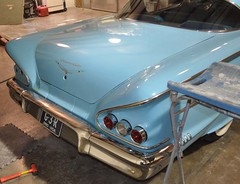 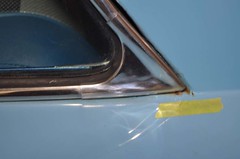 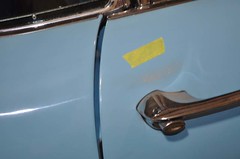 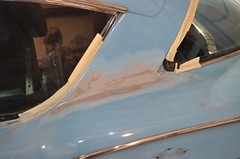 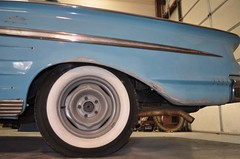 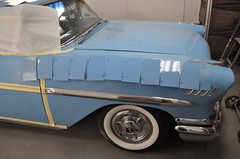 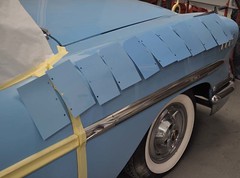 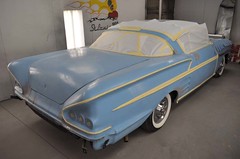 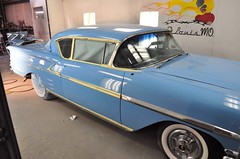 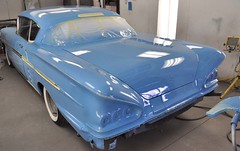 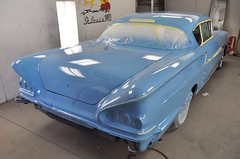 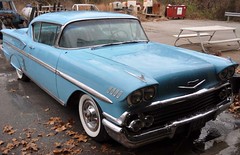 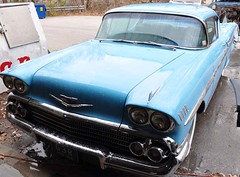