We didn’t have to do much to this 1957 Pontiac Star Chief, it was a very nice original car that just had a few rust bubbles on the bottom of the fenders and rockers on both the right and left sides. We made small repairs to those areas and blended the fenders, doors and quarters to make the repairs invisible.  This is another classic vehicle that we were able to help keep looking great, we take on a lot of repair and maintenance for owners both mechanical and paint and body repairs.

Along with an all-new body, the straight-eight was superseded by the new V-8 power in 1955.Typical for the 1955 Pontiacs is the design with two wide “Silver Streaks” running the length of the hood. Also for 1955, the new Star Chief Safari two door hardtop wagon, which was similar to Chevrolet’s Bel Air Nomad, was introduced. This variant lasted through 1957; after that the Safari name was used for all of the division’s standard four door wagons. The Safari was introduced on January 31, 1955, a over three months behind the rest of the 1955s. The Safari was not quite part of the Star Chief line, as it sat on the shorter 122 in (3,100 mm) wheelbase. It was officially part of the “27 series”, whereas the longer Star Chief received the “28 series” designation. In January 1957, some time after the rest of the new models, the four-door “Custom Safari Transcontinental” was introduced. For 1956 the design was lightly revised, with heavier looking bumpers and a vertical slash on the front door above the swage line. In 1957, the high performance Star Chief Custom Bonneville was introduced as part of its divisional head’s push to raise the marque out of the doldrums. The silver streaks running down the hood were dropped for the new “Star Flight” design. All gauges were placed in an oval on the dash and the side trim had a missile-shaped spear behind the front door. 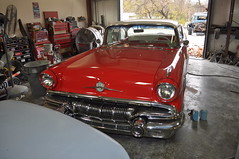 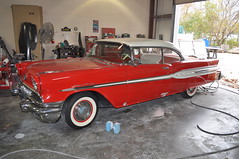 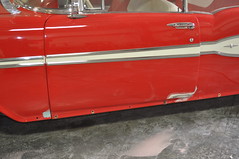 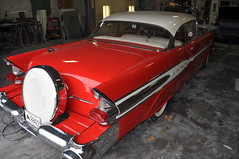 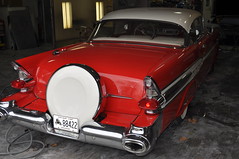 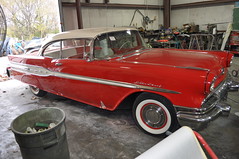 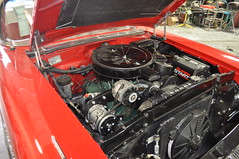 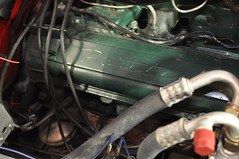 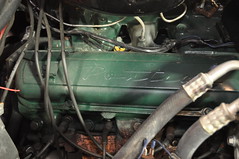 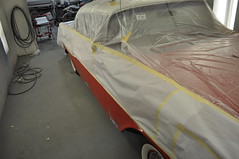 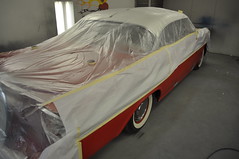 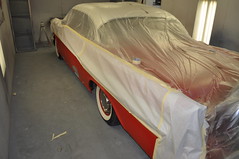 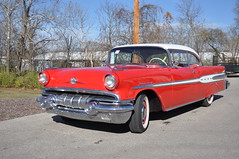 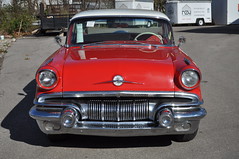 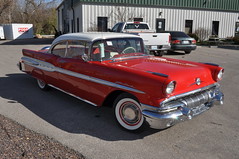 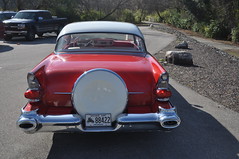 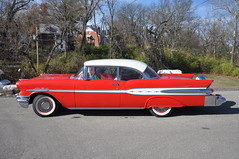