This 1955 Bel-Air Convertible was damaged when the neighbors grandchild was playing in a parked truck, somehow the child took the truck out of gear, the truck then rolled into the ’55. We replaced the door with new aftermarket door & straightened the quarter panel. while the car was at our shop the owner decided to have us straighten the entire car and repaint it. He also decided to have us paint the dash and other interior parts red and sent the seats and door panels out to be recolored red. The top will be dyed black giving the car more of a Hot Rod feel. No hard feelings though the owner is keeping the damaged door to give to the neighbors grandkid as a 16th birthday present.

For 1955, Chevrolet’s full-size model received all new styling and power. It was called the “Hot One” in GM’s advertising campaign. Chevrolet’s styling was crisp, clean and incorporated a Ferrari-inspired grille. Bel Airs came with features found on cars in the lower models ranges plus interior carpet, chrome headliner bands on hardtops, chrome spears on front fenders, stainless steel window moldings and full wheel covers. Models were further distinguished by the Bel Air name script in gold lettering later in the year. For 1955 Chevrolets gained a V8 engine option.and the option of a 2 speed automatic transmission powerglide or a three speed manual transmission with optional overdrive. The new 265 cu in (4,340 cc) V8 featured a modern, overhead valve high compression, short stroke design that was so good that it remained in production in various displacements for many decades. The base V8 had a two-barrel carburetor and was rated at 162 hp (121 kW), and the “Power Pack” option featured a four-barrel carburetor and other upgrades yielding 180 bhp (130 kW). Later in the year, a “Super Power Pack” option added high-compression and a further 15 bhp (11 kW). “Idiot” lights replaced gauges for the generator and oil pressure.

Motor Trend magazine gave the Bel Air top marks for handling. Popular Mechanics reported acceleration for a V8 Bel Air with Powerglide as being 0-60 mph in 12.9 seconds, plus a comfortable ride, and good visibility. On the other hand, the horn ring blocked some of the speedometer, regular gasoline made the engine knock, and the first V8 engine off the line burned too much oil.Front legroom was 43.1″.Brakes were 11″ drums.A new option for V8-equipped 1955 models was air conditioning, with outlets on each side of the dashboard; a heavy-duty generator was included on cars equipped with this option. 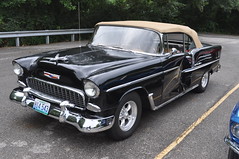 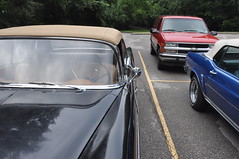 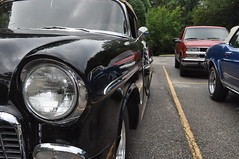 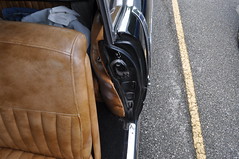 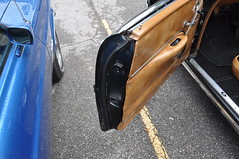 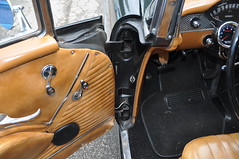 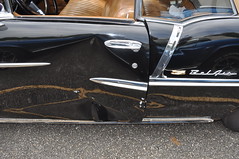 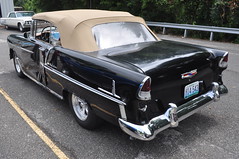 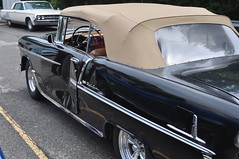 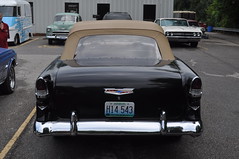 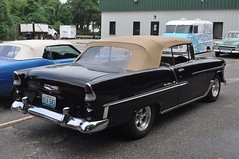 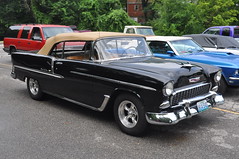 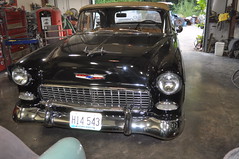 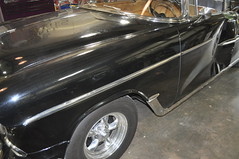 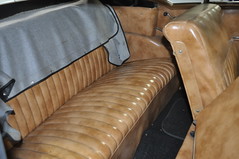 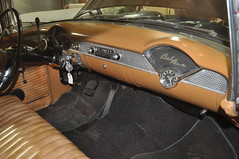 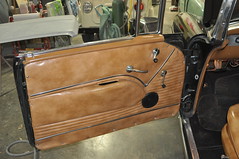 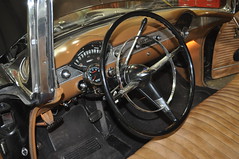 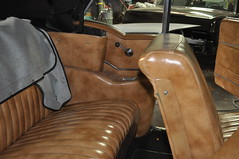 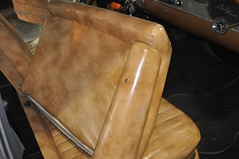 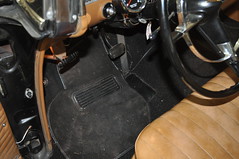 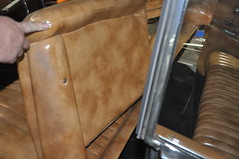 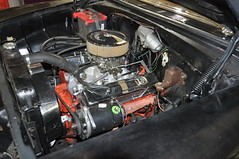 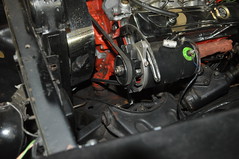