This 1955 Chevy 2 door hardtop came to us from the customer as a complete original unrestored body that had just been removed from the chassis. after soda blasting, we installed new body floors and braces, trunk floors and braces inner and outer rockers, both 1/4 panels and rear taillight panels. The body was then smoothed, primed and painted GM Victory red before being reunited with the customer restored frame. An LS engine and 4L80E transmission fit well in the chassis with minor modification. The dashboard was primed and smoothed before being sprayed in a matte tan color along with all other related metal interior trim. A color matched tilt column was installed also. The car was delivered to the customer at this point for final finishing.

For 1955, Chevrolet’s full-size model received all new styling and power. It was called the “Hot One” in GM’s advertising campaign. Chevrolet’s styling was crisp, clean and incorporated a Ferrari-inspired grille. Bel Airs came with features found on cars in the lower models ranges plus interior carpet, chrome headliner bands on hardtops, chrome spears on front fenders, stainless steel window moldings, and full wheel covers. Models were further distinguished by the Bel Air name script in gold lettering later in the year. For 1955 Chevrolets gained a V8 engine option.and the option of a 2 speed automatic transmission powerglide or a three speed manual transmission with optional overdrive. The new 265 cu in (4,340 cc) V8 featured a modern, overhead valve high compression, short stroke design that was so good that it remained in production in various displacements for many decades. The base V8 had a two-barrel carburetor and was rated at 162 hp (121 kW), and the “Power Pack” option featured a four-barrel carburetor and other upgrades yielding 180 bhp (130 kW). Later in the year, a “Super Power Pack” option added high-compression and a further 15 bhp (11 kW). “Idiot” lights replaced gauges for the generator and oil pressure. 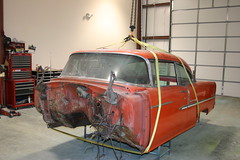 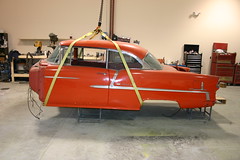 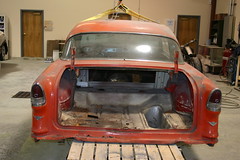 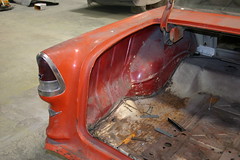 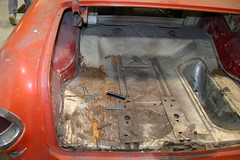 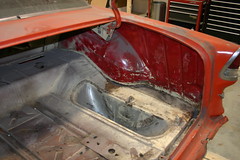 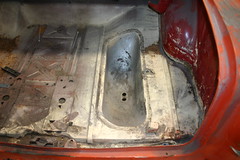 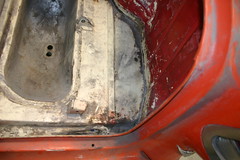 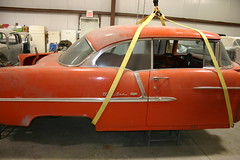 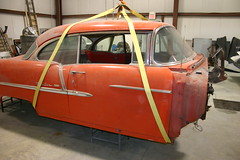 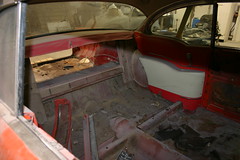 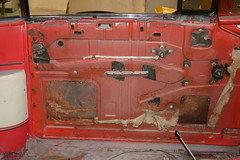 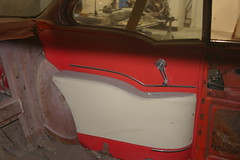 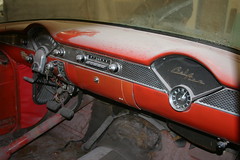 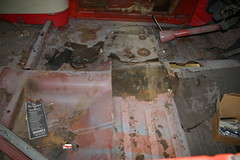 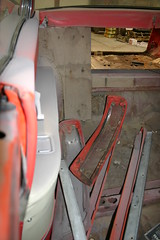 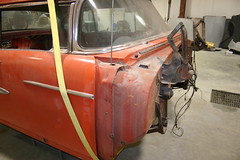 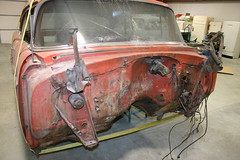 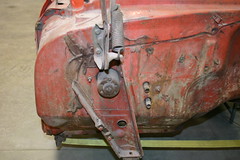 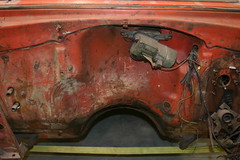 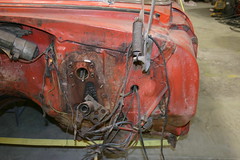 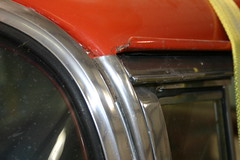 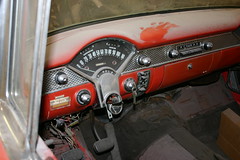 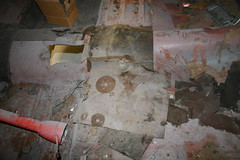