This 1929 Model A HighBoy Roadster came in for a little freshening up. Originally built into a hot rod some time in the late 50’s,  it is powered by a early Chrysler 392 dual quad Chrysler hemi. A very interesting aspect about this car is that it sits on fully boxed ’32 Ford frame using 4 frame rails so that the frame reveals are on the inside as well as the outside. This is a very early and inexpensive hot rodder’s trick to give the frame strength.

The car came to us with ghost flames and the customer did not want these at all because they did not fit the current traditional build style.  We cleaned the car up with general bodywork and fit the doors and decklid. We refinished the entire car except the grille shell and frame with House of Kolor Brandy Wine Candy. We also painted the headlights & shock mounts to match the body along with painting and installing the new engine scoop. 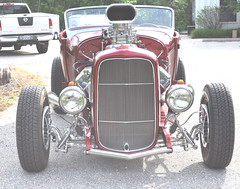 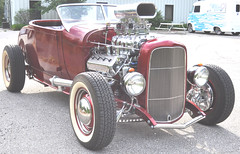 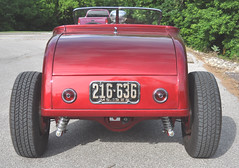 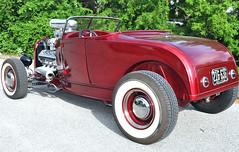 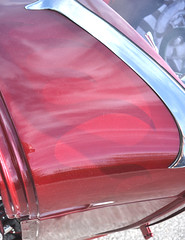 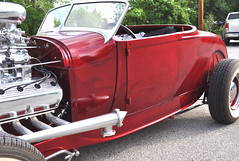 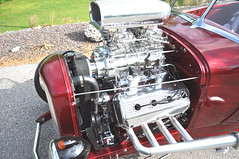 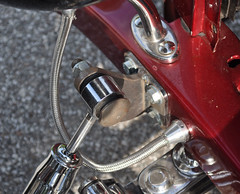 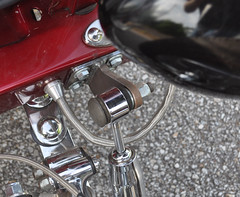 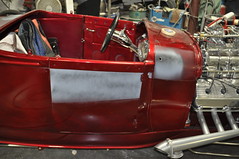 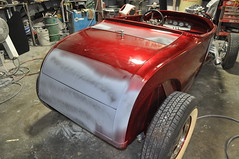 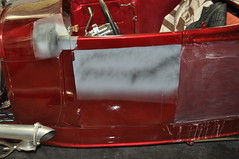 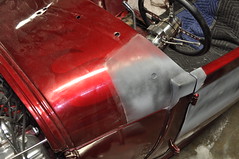 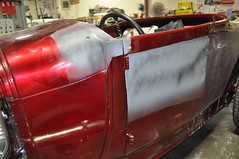 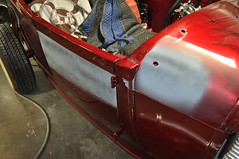 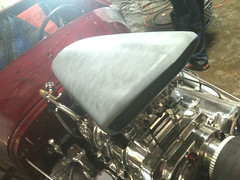 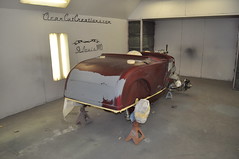 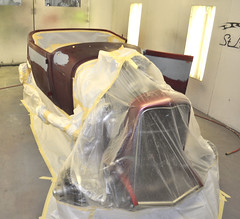 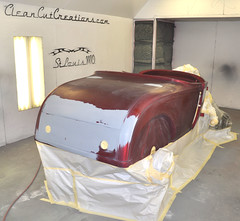 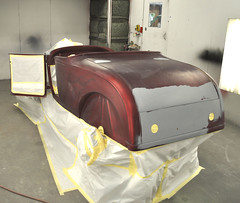 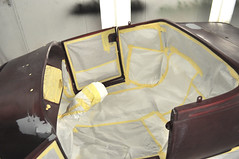